DJ Tugz started his entertainment career at an early age as background vocalist for several reggae artists touring in Montego Bay.  He has performed in many singing and dancing competitions and has performed in several cabaret shows and toured with different professional bands.  Although, singing and dancing were his passion, his love for reggae, R&B, hip-hop, salsa, house, techno, jazz, and old skool influenced him to become a professional DJ.  He came to the U.S. in 1990 and formed the Symphony Entertainment Company in New York City.  Years later DJ Tugz moved to Florida where he continues to be one of best mixers in the industry.          DJ Tugz specializes in mixing old skool & remix videos.  DJ Tugz holds an associates degree in healthcare administration and has a bachelors degree in human services and is a certified EMT in New York.

DJ  Gibb is originally from Belfast, Ireland, but was raised in Los Angeles California and attended Hollywood High School.  After high school he attended Oregon State University, where he majored in business administration and hospitality management.  During his short time in Ireland he learned to sing with family and friends, but got more serious  in high school as he learned to play the guitar.  While attending the university he would play at local bars to support his education.  One evening a  local bar in Corvallis was holding a karaoke contest and he decided to enter.  After 6 weeks of competition he won $3,000 which gave him the ability to become a professional karaoke singer and DJ.   In 2004 DJ Gibb moved to Bradenton, where DJ Ricochet got to hear him and his unique style of entertaining.  We immediately made him part of the Standout Entertainment crew.  Dj Gibb specializes in karaoke and playing the electric guitar. 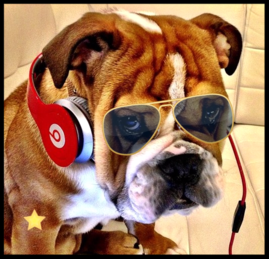 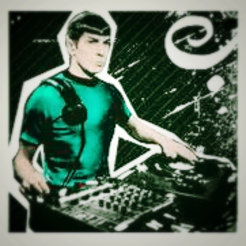 DJ Ricochet is originally from New Jersey and has lived in the Sarasota area since 1982.   DJ Ricochet is a graduate of Riverview High School.   He started out promoting large scale teen dances right out of high school.                  During his time at Manatee Community College while studying business administration, he became the in-house  DJ for the Bounty Lounge.  After a few months of request from some of the club goers, he began performing as a mobile DJ.  DJ Ricochet started out doing weddings and began branching out to do all types of functions.  In 1993 DJ Ricochet met and partnered up with VJ Vader. Combing the music, lighting and showmanship, DJ Ricochet & VJ Vader have brought Standout Entertainment far beyond normal DJ services.             DJ Ricochet specializes in hosting very large venues along with mixing music videos and mixing 70's and 80's remix.  DJ Ricochet also owns and operates a home theater service staying far ahead of the tech curve.​​ 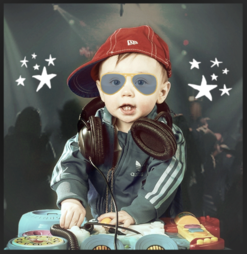 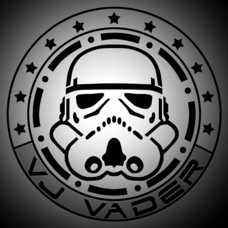 DJ Skillbitz is originally from Sarasota, and graduated from Sarasota High School.   During his time in high school, he trained with VJ Vader & DJ Ricochet after meeting at a teen event.   After graduating high school, he attended Manatee Community College,  and graduated with a degree in business.  During his time at college, he learned the art of mixing for a variety of different events.  He accommodates his clientele by adding his sense of humor into the mix.      DJ Skillbitz also holds a general contractor's license and is fluent in Spanish. 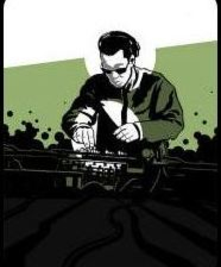 DJ  Kogi is originally from Bogota, Colombia  South American and studied at Claustro Moderno.  After moving to Sarasota in the late 90's he began to pursue a career in and music.  He attended Manatee Community College to study for his degree in graphic design and music composition.  He began DJing locally at small night clubs on his own.  During a local music expo he met with DJ Ricochet and showed off his mixing skills.  After several months of playing consistently and drawing a local following he became part of Standout Entertainment's crew.  DJ Kogi specializes in mixing; techno, break beats, house, lounge, and hispanic music. ​DJ Kogi is fluent in Spanish. 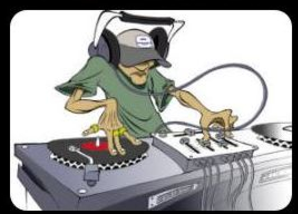 VJ Vader is originally from Hawaii and graduated high school in New Mexico.  Moving to the Tampa area in 1987​, VJ Vader attended Hillsborough Community College where he studied broadcast media and was the campus DJ for the campus late night radio station.  In 1990 VJ Vader moved to Sarasota and obtained a position at WSRZ radio station as a broadcast editor.  While at the radio station, he began performing locally at different night clubs and was the in-house DJ at the Red Star in Ybor City.  In 1993 VJ Vader teamed up with DJ Ricochet to take their performance skills to a whole different level.                 In 1998 VJ Vader & DJ Ricochet saw video industry changing and made the music video format available to all their clients.  VJ Vader has studied the art of video mixing along with specializing in video montages.

DJ  Urbonic is originally from Buffalo, New York and attended Layfayette High School in Buffalo.  During his time in high school he performed at many dances and different parties as an assistant DJ for Top Notch Entertainment.  After graduating high school, he attended The University at Buffalo where he received his Bachelor of Science Degree in mechanical engineering.  In 1998 DJ Urbonic moved to Sarasota, where he met DJ Ricochet at a local club.   After seeing his talent, diversity, and commitment to the craft, DJ Ricochet made him part of Standout Entertainment.  DJ Urbonic specializes in mixing hip-hop, old skool, reggae, reggaeton, and R&B.  DJ Urbonic performs for many clubs in and out of Florida.  DJ Urbonic also works with a Canadian company as a manufacturer's consultant and is fluent in French.

DJ  Quicksilver is originally from Queens, New York and moved to Florida in mid-teens where he graduated Venice High School.          After high school he attended the University of South Florida in Tampa.  During his time at USF,  DJ Quicksilver started performing for the local campus groups and nightclubs to pay for his education.  During his time at USF, he met VJ Vader at one of the local Tampa clubs.  They eventually became friends and DJ Quicksilver ended up joining the crew of Standout Entertainment. After receiving his Bachelor's Degree in Business Administration, DJ Quicksilver moved back down to Venice , where he is locally known for hosting many charity events and weddings.  DJ Quicksilver specializes in mixing 70's and 80's music, as well as top 40.

​​Call us today for availability and pricing